One of the steps of the longstanding legal proceedings of the Association of Rightholders for the protection and management of rights in the sphere of visual arts (UPRAVIS) finished successfully. UPRAVIS – the organization-member of the Confederation of rightholders` societies of Europe and Asia (CRSEA) – in spite of difficulties in explanation its position to the judicial instance could get the Supreme Court of the Russian Federation to understand and accept position of the CRSEA member about the key aspects in the sphere of sculptors` rights protection. 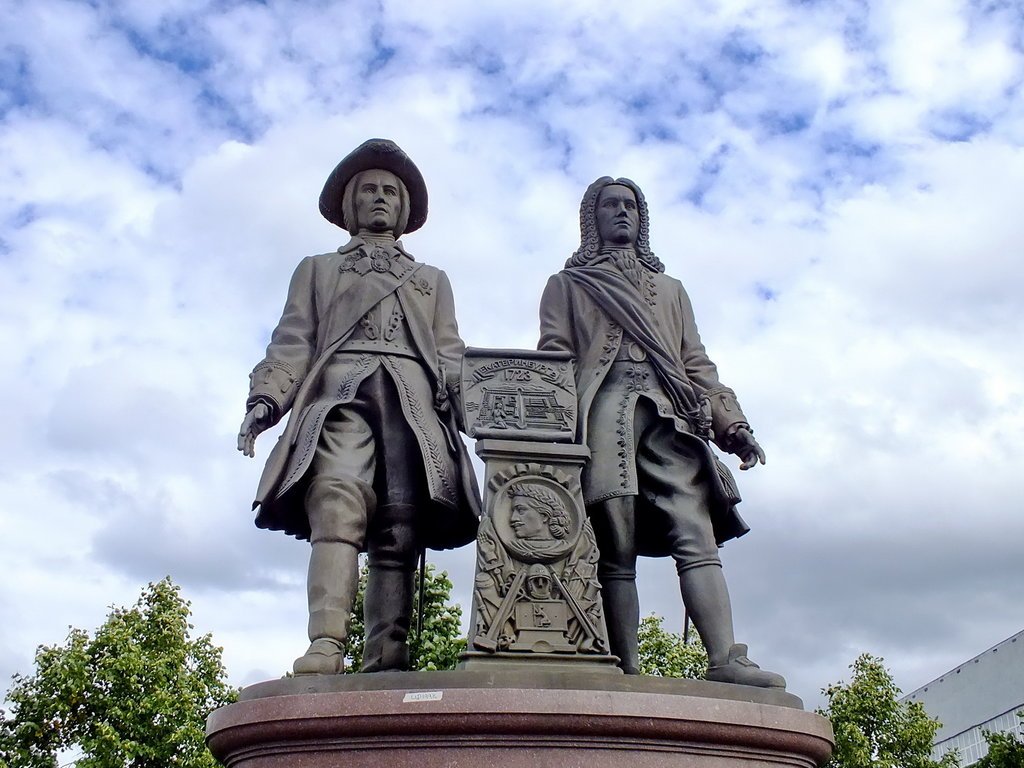 One of the longstanding legal proceedings in the UPRAVIS history began in 2018. The reason of this process was an infringement of rights connected with the usage of the picture of Yekaterinburg founders – Vasily Tatishchev and Georg Wilhelm de Geninn.

This picture was published in the guide for the Sverdlovsk region which creators received remuneration for its sale. The reason of the offense was an illegal marketing because according the law you must not conduct business without the agreement of rightholders. According to the legislation of the Russian Federation business usage of pictures of the sculptures without agreement of the author (rightholder) is forbidden.

Respondent and several judicial instances could not accept all actions as illegal because they did not understand who was the author, coauthor and rightholder of the monument.

«Administration of Yekaterinburg made a treaty with the sculptor Petr Chusovitin about the idea of monument creation but in this treaty wasn’t mentioned the article connected with the transfer of rights to this work of visual art.» – added UPRAVIS director Erik Valdes-Martines.

The permission that publishing house has obtained from the administration of Yekaterinburg does not entitle to use pictures of the sculpture in business aims because the administration is not the rightholder. It was just an employer.

Respondent had to obtain the permission to use the picture of the monument in business aims from the rightholder or the organization that manage these rights on the base of the treatment.
It is necessary to remember that sculptor and architect are both creators of the monument. They are different subjects and the result of its creative work is also different: one person creates architectural plan and another one – directly sculpture.

«The law contains absolutely different terms of use of architectural works and objects of visual art (that includes sculpture), that are situated on the places that are open for everybody, for example, within the city limits. Objects of visual art may be used without agreement of the rightholder in spite of the cases when picture of the visual art is the main object of usage or the picture of the visual art is used to make business. At the same time, Civil Code of the Russian Federation does not contain such kinds of limits in the sphere of usage towards the architectural works.

Therefore, if you make a photo of the building or reproduce its picture in any other way you have a right to do it. However as for the sculpture – you make its photo free only in two ways: if you have non-commercial aims (you use this picture in the textbooks, for example) or if this picture is not the primary use (for example, wedding photo across from the monument, panoramic shot etc.). So people who public photos against the background of the visual art objects in the own page in any social media and have no commercial aim have no risks to infringe copyright.» – explained UPRAVIS general director.

In addition, it is necessary to remember that according to law of the architecture activities it is impossible to establish monument in the city area without the agreement of the architect.

Architect must license establishment of one or another object and take part in this installation. At the same time an architect cannot be treated as a coauthor of the work of visual art.

Respondent explicated the main legal concepts incorrectly and as a result break the law that was proved in the Supreme Court of the Russian Federation.

«In this satiation our aim is not to receive high financial compensation from the law breaker. In the court we asked minimum compensation – ten thousand rubles. UPRAVIS wants to show that author rights for the works of visual art made in the form of sculpture are also protected as any other works: music, literature, cinema, etc. That fact that it seems strange for Russia, does not mean that legal protection is not exists. And I`m glad that the Supreme Court of the Russian Federation understood and accepted UPRAVIS position about the main aspects in the defense of sculptors` rights.» – resumed the head of the Association of Rightholders for the protection and management of rights in the sphere of visual arts.

Confederation of rightholders` societies of Europe and Asia congratulated the member of the confederation on the successful decision of the judicial instance and supported all endeavors focused on the protection of rights of the representatives in the sphere of visual arts.